Legacy Of '64 > Products > Art Gallery > Together, With Love by David Haygood 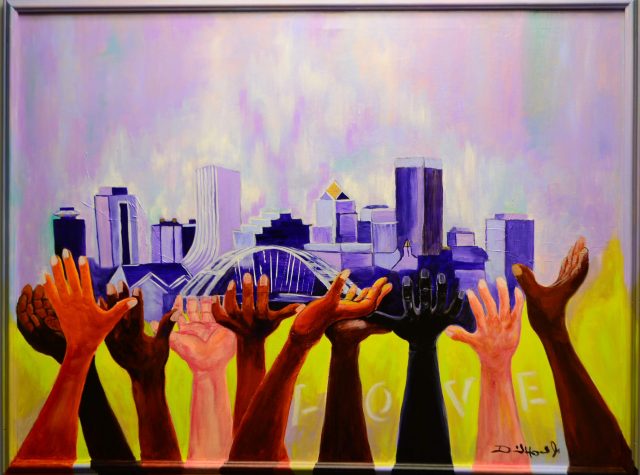 Together, With Love by David Haygood

The Spirit of Humanity

Together, With Love is a tribute to those who were at the forefront and in most cases, behind the scenes helping to rebuild our great city after the riots.  I also see it as a call to all that are able to get involved and do our part to help uplift this city to where it belongs.

“My belief in that it’s All of Our responsibility to Care for and Uplift our Community!

I’ve seen up close from my parents who’ve shown me at an early age the importance of community service. “ 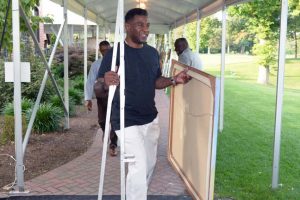 David Haygood
I was born October 7th, 1962, in Rochester, N.Y., and was raised through high school in Flint, Michigan. My artistic talents were first recognized at 8 years old when I could always be found drawing cars, animals and comic book characters. Though pretty much a self-taught artist, I was encouraged by my family members to hone my skills and challenged by my peers as we would often compete to carry the honor of ‘best artist’. I returned to Rochester in 1980 and was embraced by the Artistic community by such individuals as Calvin Hubbard, Jesse Battle, Peter Bibby and many others.

My first published and distributed image, “Endangered” gained regional interest in 1990. The next 10yrs. would be spent touring the Eastern states participating in art shows. A highlight of this period was the landmark release of my signature image “Yes Lord”, which gained worldwide attention and distribution. JC Penney came aboard to sell the print in their Influences ethnic catalog. I was also humbled and honored when my portrait of former Mayor William Johnson was officially dedicated for permanent display at City Hall.

Beginning 2001, I began to shift focus, dedicating more of my time to help other artists develop their Gift and to provide a venue and opportunities for them to show and sell their work. This would be partially facilitated when in 2005 I opened the doors to my first of three eventual locations of my gallery, Gallery One Fine Arts! Gallery One is where I share my lifetime of artistic experience with those willing to grow artistically.

Your ticket for the: Together, With Love by David Haygood

Together, With Love by David Haygood